Of Any Stripe or Hue

You ever read a headline even though you know the news is going to be bad? I did. The headline was “Many Americans Have No Friends Outside Their Race” based on results from an online poll administered in the wake of the Zimmerman verdict.

I think the knee-jerk reaction to this is for people to mentally shuffle through their racial rolodex and start ticking off friends who don’t look like them. Heck, I did until I remembered that I’m married to a white guy. (he’s my husband so I guess he counts as a friend, right?)

But throw race out of the equation entirely, and you end up with a much bigger question:

Of the people we consider friends, do we consider any to be true, trusted close friends?
Even just one?

I’m talking about the kind of friend you don’t feel pressured to make the house “presentable for company” when she visits because you know she won’t think twice or get judgy around the dusty furniture and errant laundry.

Or the kind of friend who doesn't take offense when you find guffaw-inducing laughter in the foot injury that landed her in urgent care. 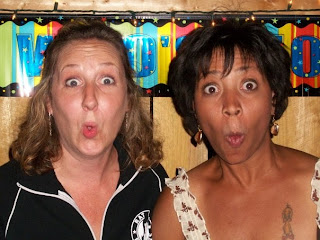 The friend with whom you can be truthful about the bleeping numbers the bleeping scale reads out when you step on it. You cry with her when she’s sad because her sadness is your sadness. She “remembers” long-gone loved ones to you; and when you don’t talk for a while because of the busyness of life, there’s no weirdness or petty-ness between the two of you. She’s the person you can just sit with without talking at all because when you’re with each other, it feels like home (and also because you both appreciate silence after all the talking that your kids and husbands do).

Her only expectation of you is to be you – not mom, wife, daughter or employee – just you. And that’s who you are with her. 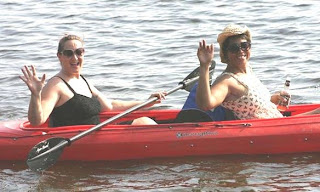 That kind of friend.

Throughout the thirty-nine years we've known each other, I can’t remember a time when either of us has thought of the other as “my white friend” or “my black friend.” We just know that we’re friends and we can’t imagine going through this life without the other’s presence. 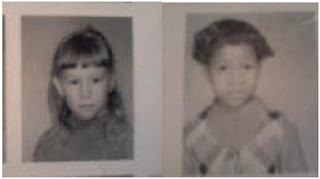 Do I wish more people would diversify their friends? Yes. Do I regret reading the post behind today’s headline? Not really, because it got me thinking and reminded me that having true and close friends of any stripe or hue is a rarity and a blessing.


Oh, I’ve done a couple of 5Ks and a mud run or two, but honestly: I don’t like running. What I do like is the feeling of “Wow I really can do this” when I run for a longer distance with each workout, and the sense of accomplishment that comes with finishing a race.

By now you’ve heard about the marine who fell back during a race to help a little boy who was struggling to finish running that same 5K. Just imagine it: the finish line tape in sight, sensing that you’re beating last year’s time, pulling ahead of the pack with your running buddies when you hear someone ask “Sir, would you please run with me?” It’s the right thing to do so you do it. And the marine did.

The story’s blown up on social media channels and nationwide newscasts, and the marine has received well deserved recognition for doing the right thing.

But what about the boy? 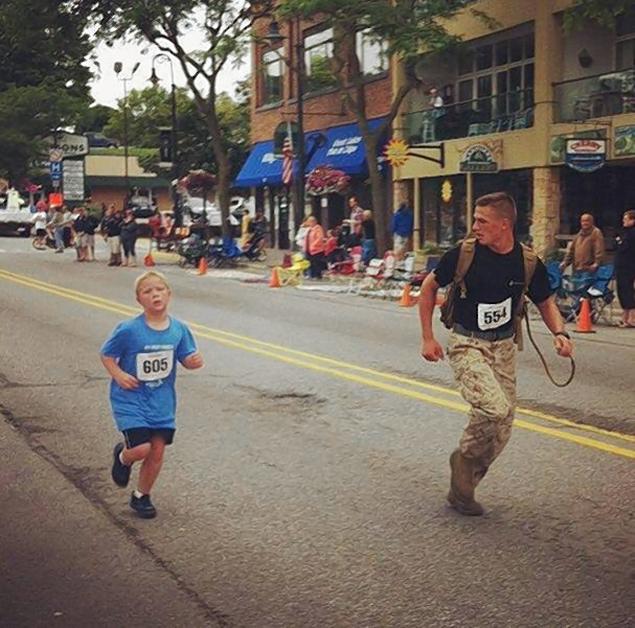 This kid could’ve asked the marine to carry him --  after all, marines are tough guys. That scene alone: the kid on the marine’s shoulders triumphantly crossing the finish line – talk about American as apple pie. It would’ve been a thing of beauty.

Or, he could’ve asked the marine to sit curbside with him until the boy’s family, who had gone on ahead, finished the race and found him. That would’ve made a nice picture of Americana too, I can just see the headline: “Tough Marine Shows His Tender Side.”


Both options are picture postcard perfect, but neither involves finishing the race, and finishing is what this kid wanted to do.


This boy, this little nine-year-old boy, didn’t want out. He knew he just needed someone alongside going step for step and encouraging to help him finish the race. So he did a courageous thing:

He asked a complete stranger for that companionship and encouragement, opening himself up for rejection even as he was probably at the lowest point in his short nine years on earth.

And he didn't mince words: "Sir, would you please run with me?”

It’s a question I think many of us want to ask in the midst of whatever race we’re running, but can’t for whatever reason.

I’m convinced of it.

Over the past fifteen years alone, there have been four instances of suicide within my circle of colleagues and friends. When people are at that point, their mental illness gags “Please run with me” in the throat and the race ends too soon.

In this crappy economy, people are working two or three jobs and still can’t make ends meet. My guess is that we pass them every day on the street, or in our church, or in school or in the workplace, but they can’t eke out “Please run with me” because they’re too caught up in finishing the race with their pride intact.

Then there are The Moms. Made of steel but yet soft, bringing the bacon home, frying it up in a pan, omnipresent and forever on call. How many times are they – are WE – am I thinking “Please run with me” only to sweep the words into the corner along with the long-ignored dust bunnies.

The prophet Isaiah said “…a little child shall lead them” and I agree. This kid set the example for strength, humility and courage because that’s what it takes to ask. To risk rejection or perhaps even ridicule.

So in this age of personal branding, keeping up with the joneses and as many of us silently limp along, I hope and pray that when we need to, all of us can find the courage to ask:

“Will you please run with me?”
4 comments: