Prince Brought Out The Florida Evans In Me

We didn't watch a lot of Good Times in the 1970's because my mom didn't approve of the way it portrayed black families as poor, uneducated and living in substandard housing. 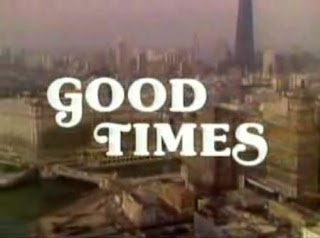 But for whatever reason, we did watch the episode when James Evans, the family patriarch, died.

His wife Florida, true to the strong black woman trope, unflinchingly carried on with life. No tears, only work and shouldering the burden of children in mourning over the loss of their father.

Until...until she broke. She broke not in tears, but in anger.

I was too young to understand the many layers of Florida's anger bursting through the screen that night, but I could feel it; and I can still feel it even now, some forty-odd years later.

Today, I felt Florida's anger when I heard that Prince died. It came to me as an overheard byline while I was about to scoop up the salad I brought for lunch.


But I swallowed it back, and for the rest of the day, I was irritated and stumbling for a reasonable explanation why I was angry over a stranger's death, untimely and unexpected as it was.

The reason hit me in waves as I listened to streamed coverage of his death, his music and celebs interviewed for reaction: his music served as ties that bound me to a different place in my life's arc -- whether or not I realized it then -- that are slowly, but surely being erased.

I saw Purple Rain at Capitol Court Theater. Back then the Capitol Court complex was the place to be. Now, it's just a shadow that hovers in one of the ZIP codes with a high poverty rate. Now, if you're a certain age, you don't even remember Capitol Court because it's been renamed.
It's gone.

Then there was the song Purple Rain. I never understood what it was talking about, and it was always kind of a sleepy song in my head. Yet, when I hear it now, I remember my mom loving it. Outside of Bohemian Rhapsody (because chorale, and she loved chorale) and the video for Atomic Dog (I don't understand it either), there were no pop songs she liked.
But mom's gone too.

And then there's Let's Go Crazy. If I close my eyes, I can still see myself in stocking feet, lashes caked in electric blue mascara under dimmed lights and dancing like a maniac to it with Jenny and John at one of the junior year sock-hops. I didn't have a clue that life's downs (and ups) would knock on my door in as little as eighteen months later.
That invincible feeling: gone like Capitol Court and gone like my mom.

The feelings that whispered security and invincibility to me are slowly fading one by one; but I guess there's something in remembering what they felt like and that they were even there to begin with.