The Black History Month of My Dreams

It’s Black History Month and my daughter, like a lot of kids, will learn about the basics – the very basics: Harriet Tubman, Sojourner Truth, Dred Scot – and of course, MLK. I’m grateful for this annual spotlight, but I can’t help but think how that approach narrows Black History to people who lived within slavery and civil rights demonstrations.

Systems are also part of American history, and these systems were the impetus for individuals we laud during Black History Month to play the role we laud them for in the first place.

Now I’ve heard that the American Work Ethic is passed down from generation to generation, and I wholeheartedly agree. At the same time, I can’t help but think that maybe systems implemented throughout history have also been passed down generationally in some form as well. 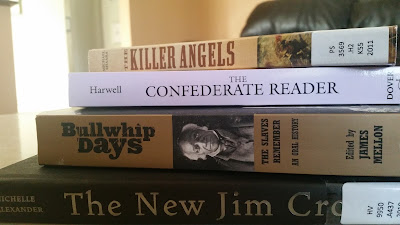 What if kids were encouraged to talk about how those systems might impact us today?

I know for sure this isn’t anything we even remotely covered in school. Our black history lessons were like Life was hard for Harriet Tubman because she was black, but we never learned that her hard life was hard because there were systems that made it hard.

We never learned who drew up the framework or their rationale behind doing it or the system's present day impacts. We only rejoiced that she overcame it. Yaaaay, Harriet!

And I think that’s the massive blind spot we’re all missing now, because it’s easier and much more comfortable to point fingers and say That's history, get over it already; and/or to view today’s racist outliers than to unravel their beginnings in a circuitous system set in motion way back when.

That’s just it: the racial stuff we debate and argue about today didn’t just happen. We’re all sitting at a table that was set for us long ago, elbowing each other instead of doing the hard work of talking about the systems that got us here in the first place.

Which is what it should’ve been all along.
3 comments: