I only called him “Dad” selectively, usually when I needed something. My friends marveled that I had the balls to call my dad by his first name.
But it wasn’t an act of rebellion, my mom called him Percy and we just parroted what she said. He never seemed to mind.

It’s taken years to piece together who Percy really was – and how that same Percy intersected with Dad -- a title I instinctively started using only after the picture of who he was as a man, as a father, became clearer as I grew older.

“Shell-LEE!” I hear the smile in his voice as he bellows his pet name for me up the stairs on my birthday morning. I race from my bedroom to the top of the stairs.
He’s standing at the base, a shadow pitched against sunlight behind him and balancing a faded blue Huffy 3-speed that was my ninth birthday present – a surprise.

It’s easy to hear his smile and see his broad white grin, a sharp contrast to his dark chocolate skin because Percy didn’t smile a lot. But I guess that day called for a smile.

My eyes blink away the crud of a hard sleep, and they open to see Percy sitting in the visitor’s chair stationed at the foot of the hospital bed. He’s dressed in an outdated brown polyester suit with an oversized collar and too short tie.
It’s the uniform he dons for visiting the sick and shut-in – one of his duties as our church’s assistant pastor.

Technically, I’m a “sick” seventeen year-old, just a few weeks past high school graduation, and recuperating from the prior day’s breast reduction surgery.

I’m sure Percy knows about the surgery itself, but he’s old school at sixty-four years of age. You don’t talk about such things in mixed company. So we sit, making awkward small talk.
We sit in silence until he opens his Bible, standard equipment for visiting the sick and shut in, and he asks me to read a passage from Psalms before he leaves. I finish reading.
“Alright girl” he says as he kisses my cheek goodbye.

Rich greens meld together in a wide stripe through the car window as we whir down the interstate on our way to Selma, Alabama. My first road trip with Percy, and it’ll be my first time meeting his side of the family.

Even though it’s been years since his last visit, he knows the way. This is home, familiar ground, and soon the usually silent Percy gives way to an unfamiliar, reminiscing one.
A remembrance here, a long pause there, punctuated by a laugh tinged with sadness and longing. 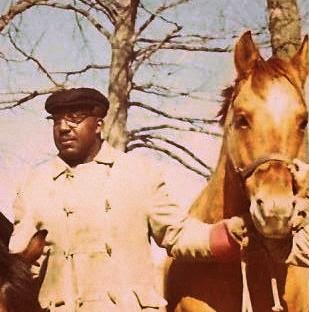 “…and I had to give my puppy away. That was my puppy.”

He’s in mid-conversation with himself, I guess, and I ask to be in on this conversation in progress.
He explains that his mother, my grandmother, was a domestic for a family. He and a boy from that family grew up as best buddies.

One day, Percy’s family dog had puppies and he picked one to raise all by himself and he did just that. He was proud of this one accomplishment, this one meager thing he could call his own.
Months later, his friend – who he now called “Sir” because they had both turned thirteen - wanted that puppy.

It was the Jim Crow South. He gave the puppy to his friend.

There’s no smile or tinged laugh in his voice as he tells the story.

Oversized lucite glasses comfortably rest on my nose, protecting eyebrows to cheekbones. A few steps through a fluorescent-lit hallway, through another doorway and then to the left is darkness.
My eyes adjust to the darkness and cauldrons of red embers brimming with a bubbling, boiling sulfur smelling something situated five or six feet apart from each other are revealed.

I’m on a foundry tour for a work-related thing. I’m thirty.

It is a least ninety degrees in this space where the cauldrons’ glow reveal high, blackened ceilings. Every now and then, a gust of Wisconsin winter air cuts through the open door and hot blackness, providing relief from the heat even as it blasts minute bits of slag onto my cheek.
The men tending each cauldron move mechanically, indistinguishable and interchangeable, one from the other.

Another gust. More slag dust. I wince and think “This is hell.”
I’m caught by a wave of awe and sympathy for the interchangeable, indistinguishable guys for whom this is a work-until-you-retire job.

“Percy did this. Dad did this. Every day. Every day for thirty years” my mind whispers. I remember the inside of his forearms, paler than the rest of his chocolate colored skin because the only light they got was the gleam from factory cauldrons.

I remember asking him about those freckles flecking each forearm. Smile in his voice, he’d explain they weren’t freckles: they were bits of molten iron he poured in a different factory that had splashed up and embedded there. Forever.

I catch the lump in my throat as I remember and wonder if I ever said thank you for spending thirty years in hell. Deep down, I know I didn’t.

“Hey Girl!” Percy greets me with a good-natured cackle. The familiar smile is in his voice.
“Hi Dad” I say and introduce him to the guy that is now my husband. I ask how he’s doing and he kvetches about the hospital food.
My future husband and I sit in the visitors’ chairs stationed at the foot of his bed. He asks about my BFF and I tell him she’s married with kids. He grins that same grin from my ninth birthday.

He asks how two of the deacons from church are doing, and I gently remind him that he remembers they died – one five years ago and one two years ago. He nods and sighs an embarrassed smile.

Percy comes to me in a dream a few weeks after he dies.
He’s got that same broad grin. I ask “Dad…what’s it like in Heaven?”
Taking both of my hands in his and smiling, Percy says “I cannot tell you that.”
His laugh borders on a giggle now – something I’d never seen him do in this life – like he knows about a surprise party and is bursting to spill the news.

A few weeks later, I find out that I’m carrying his grandchild.

I don’t know if Percy knew our daughter was on the way. I’ll never know if he knew that I was grateful for all his sacrifices.
I still don’t know what it’s like in Heaven.
The only thing of which I’m sure of is that Percy – my Dad – was a good guy with a beautiful smile that you could hear when he called you by name. 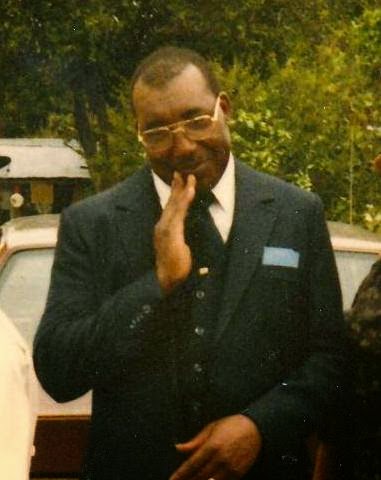 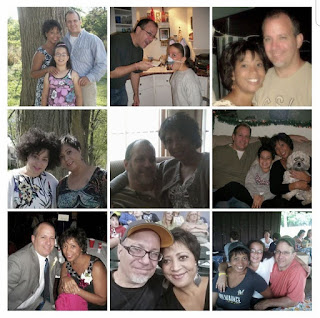